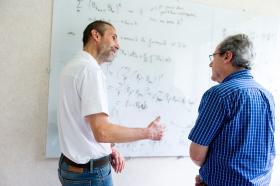 Presentation of IPhT : The Institute of Theoretical Physics (IPhT) is an Institute of the Direction of Fundamental Research (DRF) of the Commissariat for Atomic Energy and Alternative Energies (CEA).
More
News
Scientifique
A natural mechanism for "uplifting" the cosmological constant in string theory 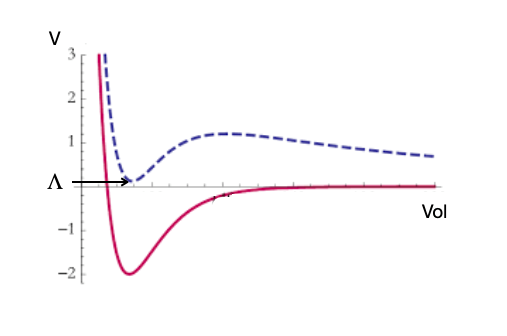 The proposals available so far involve a mixture of mechanisms at different energy scales, whose interplay is not clear to result in energetically stable solutions. Furthermore, they remain technically challenging, as one needs to introduce a combination of the so called "fluxes" (higher-dimensional generalizations of the electromagnetic flux) tuned "ad hoc" to give unnaturally tiny contributions to the energy of the solution.

In a recent work [1], Iosif Bena and Mariana Graña of the IPhT, together with their student Dimitrios Tulikas, their post-doc Gabriele Lo Monaco, as well as their collaborator E. Dudas (CPHT, Ecole Polytechnique), have found a much more straightforward "bare-bones” way of obtaining a solution with a positive cosmological constant, that does not require introducing such fine-tuned fluxes. Indeed, they have shown that one of the ingredients necessary in the game to uplift the cosmological constant from the negative value (that one gets easily) to a positive one, generates by itself fluxes resulting in a tiny energetic contribution. This construction is much more natural and avoids the fine-tuning problem of the original one, thus elegantly passing the "naturalness test".

The Nuclear Physics Division of the European Physical Society has awarded Giuliano Giacalone, a former student of IPhT, its PhD prize.
This prize is awarded every third year, and the ceremony took place during the EuNPC 2022 conference in Santiago de Compostela, Spain, in October 2022.

Giuliano, now a postdoc at the University of Heidelberg, completed his PhD thesis "Observing the shape of nuclei at high-energy colliders" in November 2020 under the supervision of Jean-Yves Ollitrault. His thesis has previously been honoured with an award of the French Physical Society.

Figure caption: The rules governing the dynamics of the balls in the "box ball system" can be illustrated with the help of a carrier that loads and unloads the balls by running through the system from left to right at each time step.

Understanding how macroscopic laws and large-scale properties emerge from the microscopic interactions between the constituents of a system is a major problem in statistical physics. One can for instance consider the appearance of hydrodynamic behaviors or the way currents react to external forces. It is generally very challenging to connect the microscopic rules to these large-scale properties, and there are relatively few systems for which exact results can be obtained.

The “Box-ball system” (BBS), a particular cellular automaton, is such an example. The BBS consists of “balls” occupying “boxes” arranged on a line, with at most one ball per box. Although the balls move at each time step according to simple deterministic rules (see figure/animation), the BBS presents a rich physics due to the fact that we can identify some objects called "solitons" (a train of k consecutive balls) of all size and whose number are preserved over time.

Using the integrability of the model a recent study of G. Misguich and V. Pasquier, researchers at the IPhT, together with A. Kuniba (Tokyo U.) [1]  has shown how to determine several quantities related to currents and their fluctuations. These include the probability distribution of the number of balls passing through the origin during a time t, the long-time persistent current generated  by a perturbation -- called Drude weight --, and some correlation functions associated with soliton currents.

Retreat of the IPhT in Autrans : aftermath

Arrival of Ben Wieder on next september

Colloquium Rencontres de l'IPhT in Autrans (Vercors) from 23 to 25 May.

A new book written by Marc Barthélémy about spatial networks

Langevin Prize of the French Society of Physics for Mariana Graña

Problems in Quantum Field Theory : a book by François Gelis.

Mathematical Harmony and the Quantum World

The art of mathematical physics 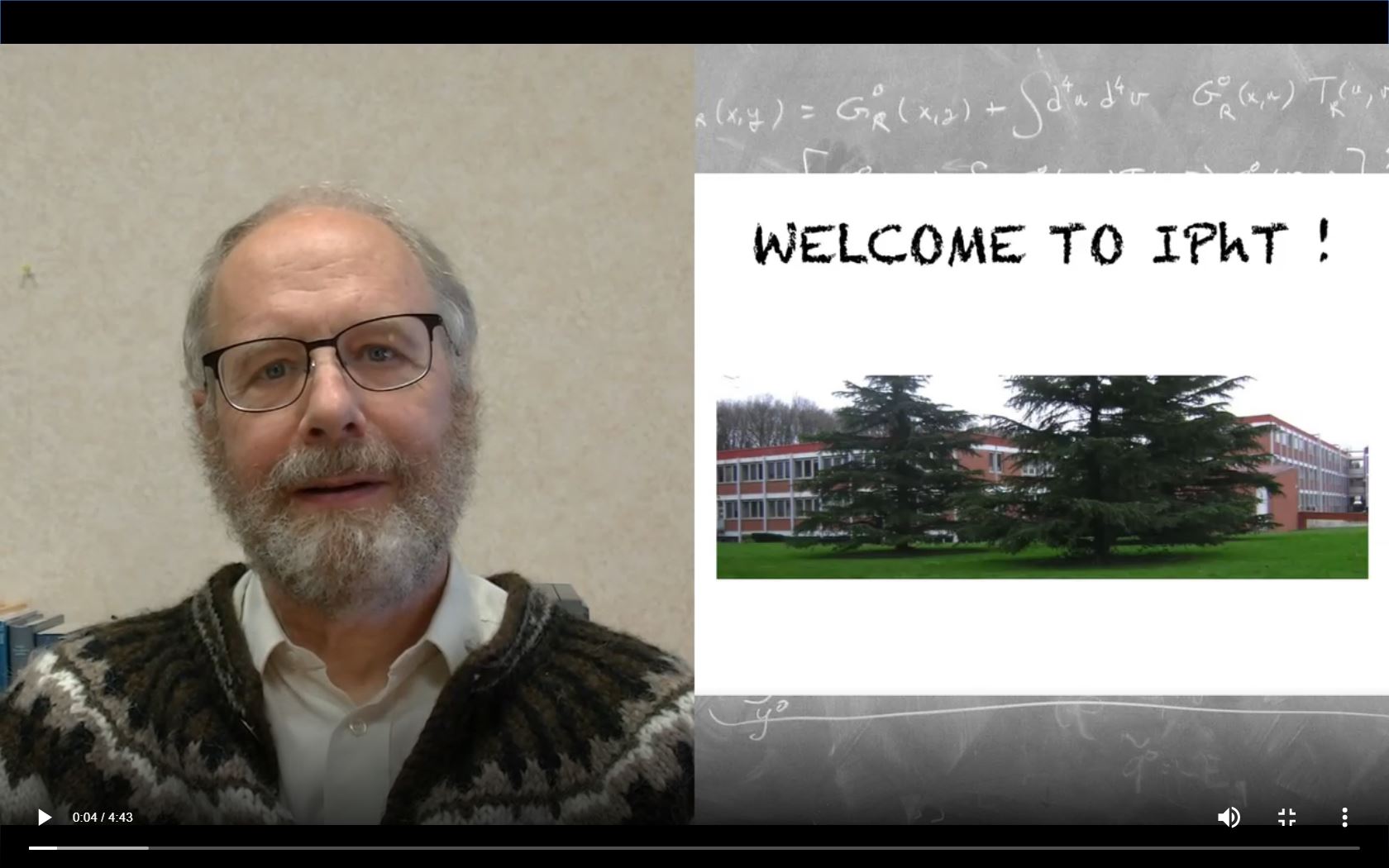 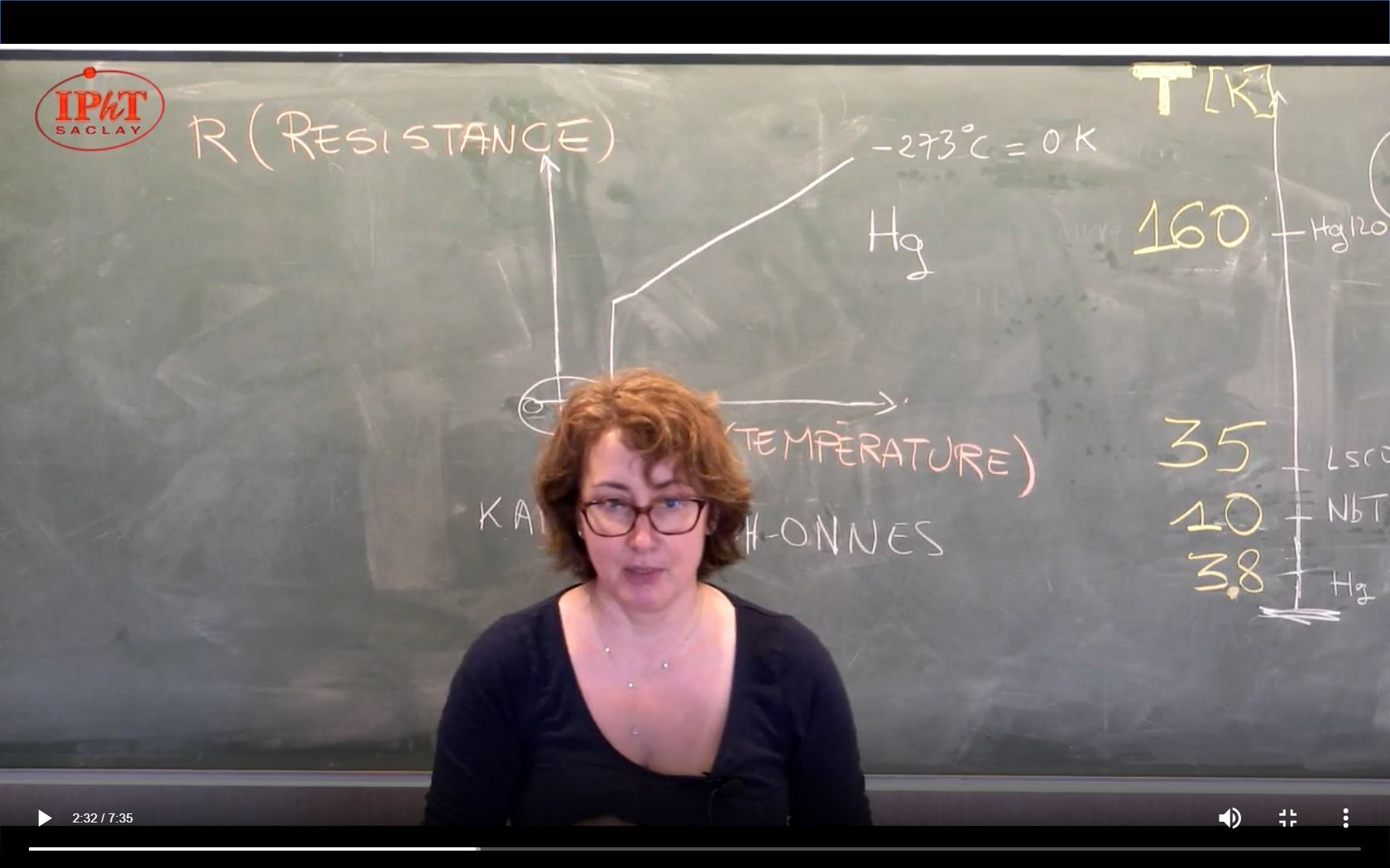 Catherine Pépin
What is so facinating about supraconductivity? 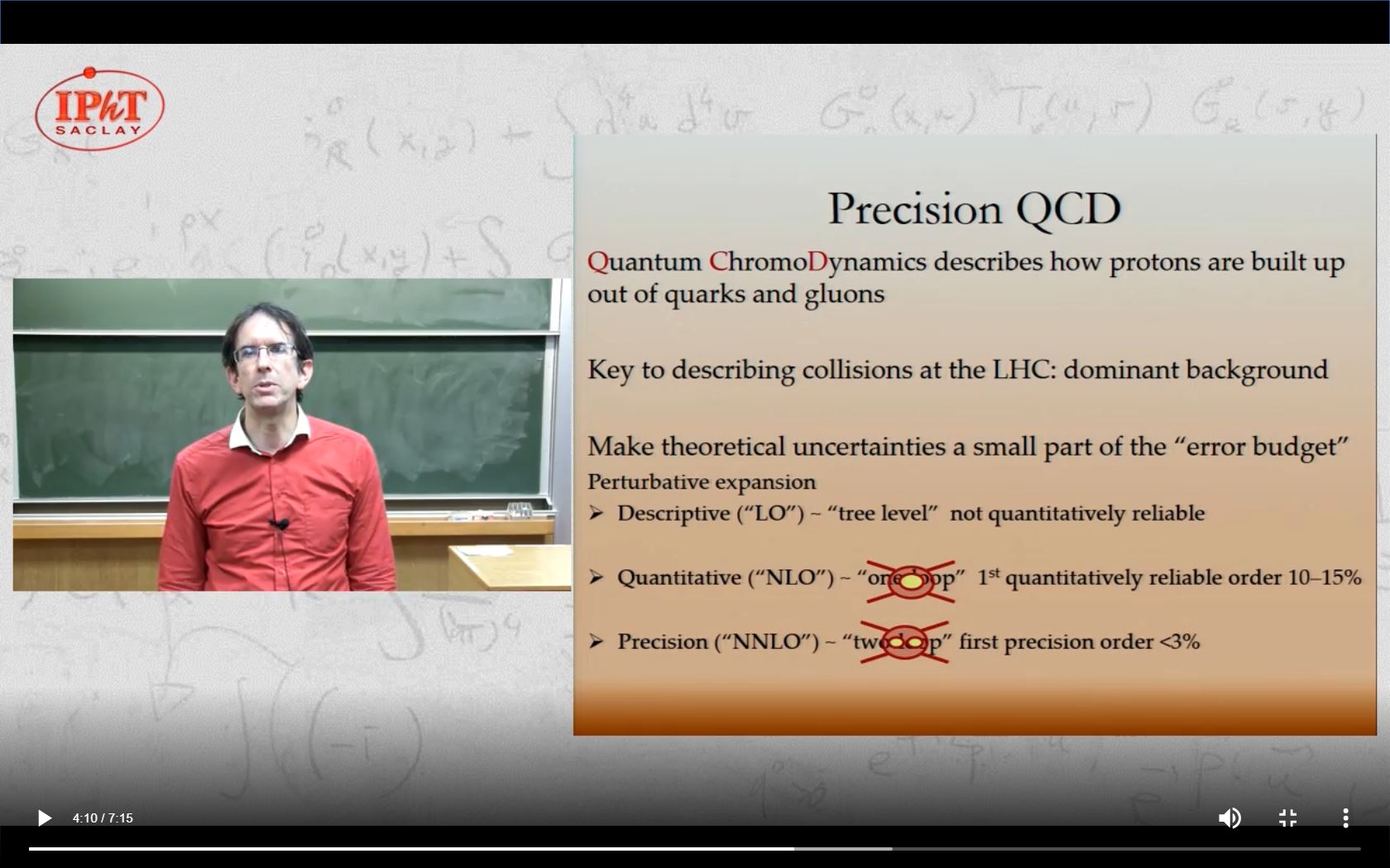 David Kosower
Precision Calculations in the Search for Unification