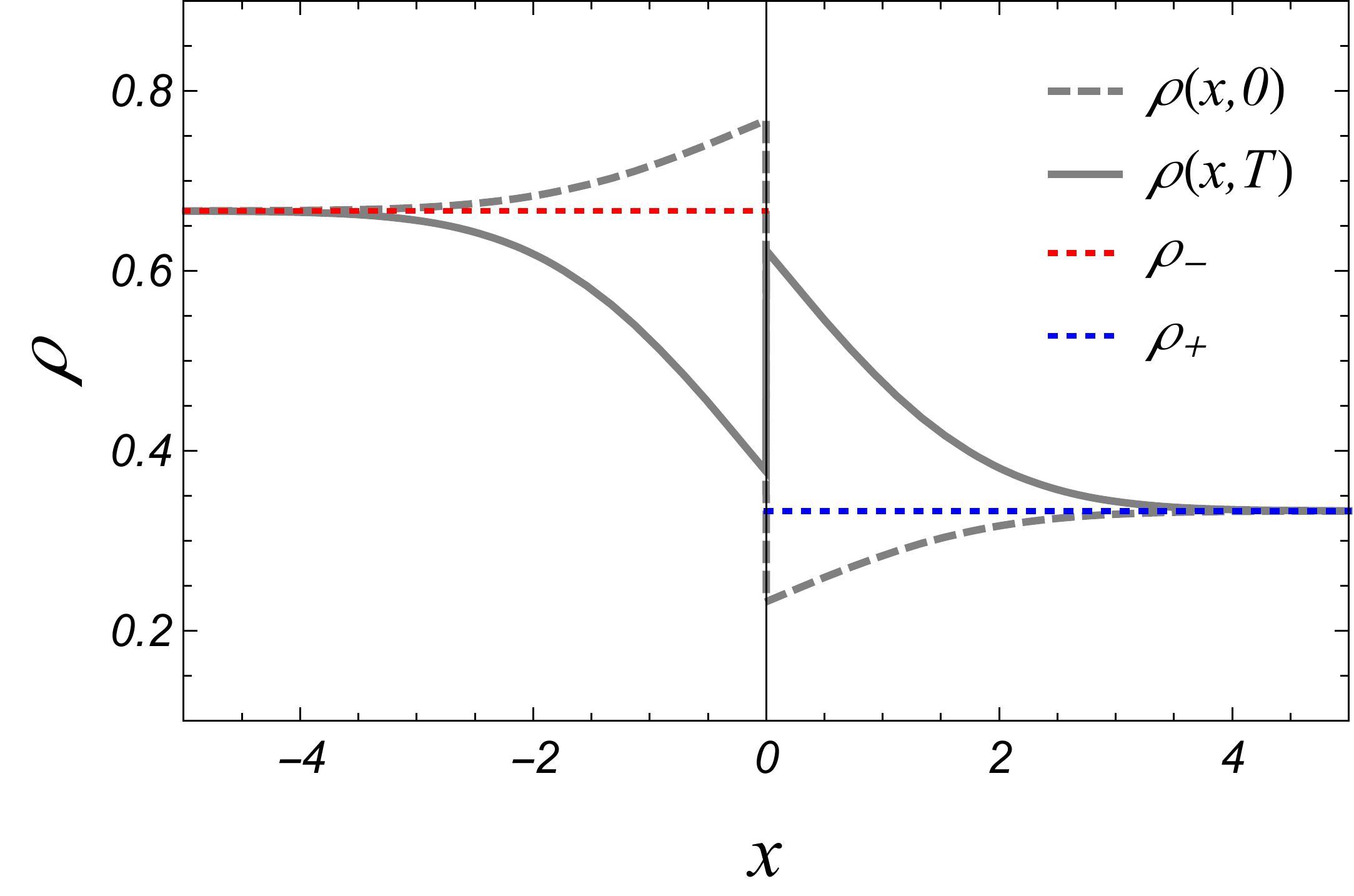 Many natural systems remain far from thermodynamic equilibrium by exchanging matter, energy or information with their surroundings. As these transfers, or fluxes, break timereversal invariance, such processes are beyond the realm of traditional thermodynamics and their statistical fluctuations do not follow the principles of equilibrium statistical mechanics.

Though a fully general theory of non-equilibrium systems still remains to be constructed, a physical principle describing the macroscopic behaviour of diffusive systems far from equilibrium has been proposed by G. Jona-Lasinio and his collaborators in 2001: this is the Macroscopic Fluctuation Theory (MFT). In the MFT framework, macroscopic fluctuations far from equilibrium are determined by two coupled non-linear hydrodynamic equations. However, for a long time, the MFT equations have remained intractable.

In a recent work that has appeared in Physical Review Letters, K. Mallick (IPhT), H. Moriya and T. Sasamoto (Tokyo Tech.) have discovered an exact analytic solution for the time-dependent MFT equations for the symmetric exclusion process, a paradigmatic model of non-equilibrium statistical physics. The MFT was solved by using Inverse Scattering Theory, originally invented to study dispersive waves such as solitons in hydrodynamics or in optical guides. This classic method of non-linear physics is strikingly relevant to establish exact results in non-equilibrium thermodynamics and allows us to predict quantitatively the appearance of rare events and dynamical fluctuations. The application of soliton theory to non-equilibrium statistical mechanics might have far reaching consequences.