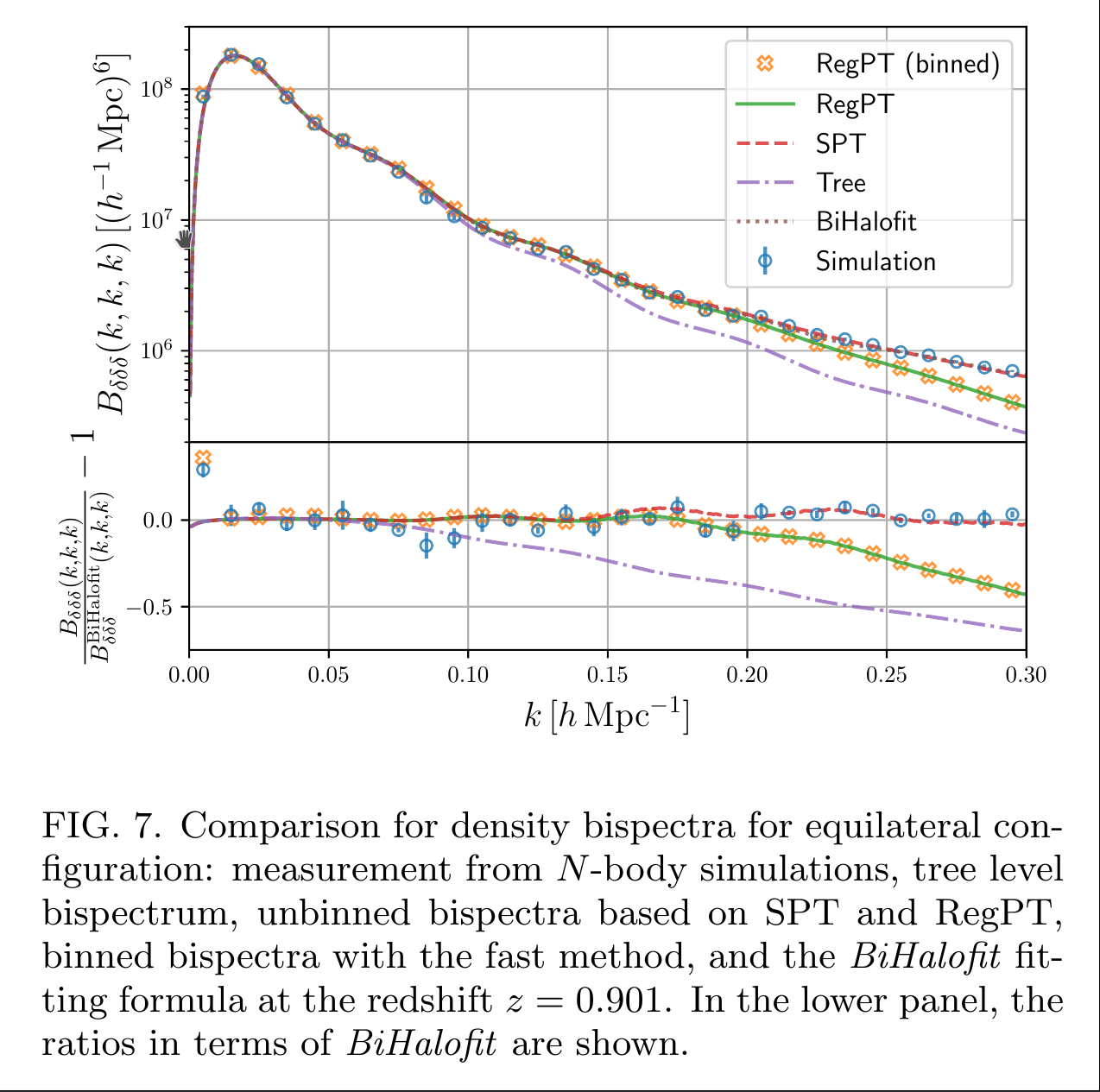 The IPhT is strongly involved in the preparation of the scientific exploitation of the Euclid mission. This participation is done at two levels. Francis Bernardeau is in charge of the coordination of the Science Performance Verification, an exercise that aims to ensure that the core objectives of the mission - constraints on the parameters of the dark energy equation of state - will be achieved given what is known about the general parameters of the mission. But more generally, the IPhT researchers are involved in the preparation of the tools necessary for the analysis of cosmological data. In particular, it is a question of developing and validating the tools allowing to predict the expected observables for a large variety of cosmological models. Thus, Filippo Vernizzi coordinates the efforts within the Euclid consortium to develop simulations and theoretical tools to study the non-linear development of modified gravity models.

The article "Implementing spectra response function approaches for fast calculation of power spectra and bispectra", Physical Review D, Volume 104, Issue 10, article id.103501, by Ken Osato, Takahiro Nishimichi, Atsushi Taruya (Kyoto University) and Francis Bernardeau explores such a methodology. As shown in the attached figure, this approach allows to compute the bispectrum of the density field by including the so-called one-loop corrections. This result opens the way to the implementation of fast calculations of the spectra in redshift space. Prof. Ken Osato, now at Chiba University, is currently visiting IPhT to pursue this goal.