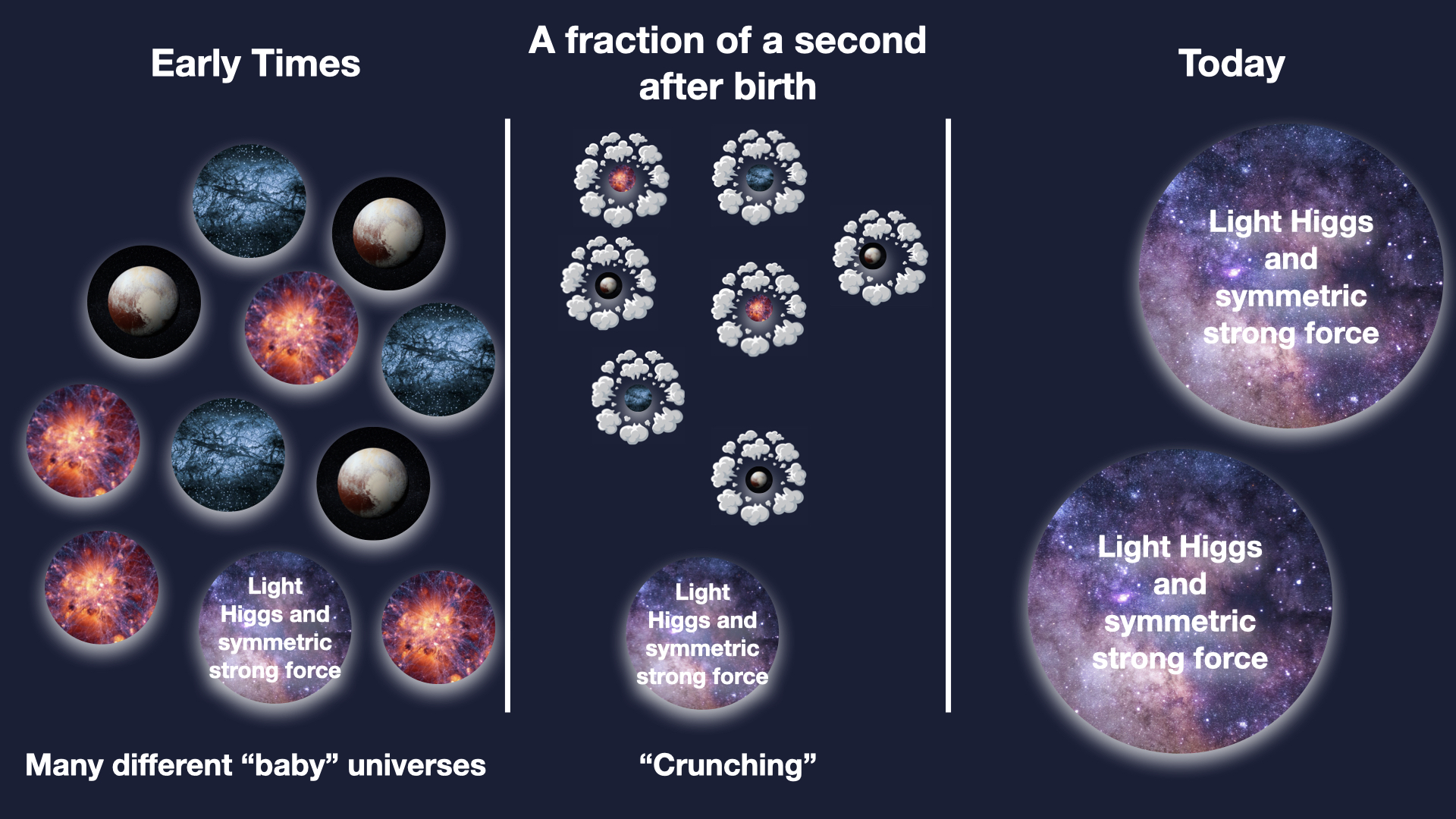 The value of the Higgs boson mass and of the neutron electric dipole moment (EDM) have been mysterious for decades. They remain among the deepest open questions in particle physics. Until now they have been treated separately, as they are related to very different symmetries and physical processes. Raffaele Tito D'Agnolo (IPhT Saclay) and Daniele Teresi (CERN) recently proposed a joint solution to the two problems, based on the observation that a single operator in our current theory of Nature has a special sensitivity to both parameters. In their model a Multiverse is populated at early times, as shown in the Figure. It is composed of universes with different values of the fundamental parameters of Nature. A fraction of a second after the birth of these universes, the vast majority of them "crunches" becoming much smaller than an atom. The universes that survive this crunching phase and keep expanding, becoming similar to our own, are those where both the Higgs boson mass and the neutron electric dipole moment take the unnaturally small values that we observe in the laboratory. The model predicts correlated signals in neutron EDM and dark matter experiments that can be tested in the next decade.

The work of Raffaele Tito D'Agnolo (IPhT Saclay) and Daniele Teresi (CERN) has been highlighted by Physics Magazine, the CERN homepage and Le Scienze (Italian version of Scientific American). The following links contain their summary for the general public: