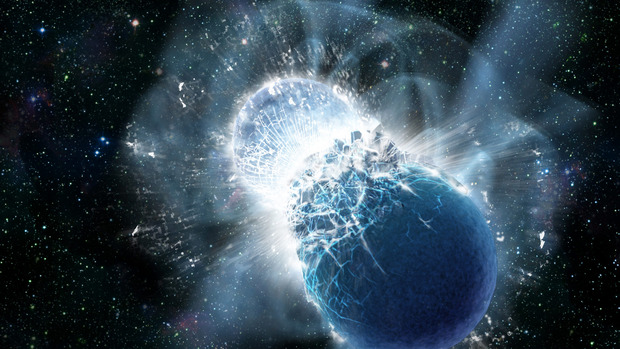 The recent observation of gravitational waves from a neutron star binary inspiral by LIGO/Virgo and its electromagnetic counterpart in the form of a gamma-ray burst implies that gravitational waves travel at the speed of light, with deviations smaller than a part over million billions. Two Letters, one by Filippo Vernizzi (IPhT) and the other by Miguel Zumalaccaregui (currently MSCA fellow at BCCP Berkeley and IPhT), recently published in Physical Review Letters and chosen for the Editors' Suggestion, show dramatic consequences of this experimental result for models of dark energy and modified gravity. In some of these theories, dark energy acts as a refractive media for the propagation of gravity and a large class of them is ruled by this observation. The papers explore the implications for many known models and present the most general scalar-tensor theory leaving the speed of gravity unaffected. These two articles have been inspired by the many stimulating discussions at the DARK MOD workshop, organized at IPhT by Philippe Brax, Patrik Valageas and Grégoire Misguich, held during the weeks preceding the announcement.