Scientifique
Does order exist in glasses ? 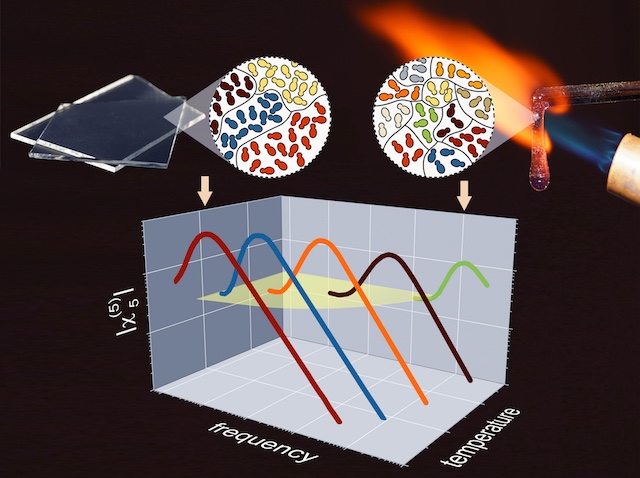 Glasses are ubiquitous in daily life and technology. However, the microscopic mechanisms generating this state of matter remain subject to debate: Glasses are considered either as merely hyperviscous liquids or as resulting from a genuine thermodynamic phase transition toward a rigid state. A team of theoreticians and experimentalists, including Giulio Biroli from IPhT, have devised an experiment based on new theoretical ideas to provide a smoking-gun answer to this long-standing controversy. Performing the corresponding high-precision nonlinear dielectric experiments for supercooled glycerol and propylene carbonate, they find strong support for theories based on thermodynamic amorphous order. Moreover, when lowering temperature, they find that the growing transient domains are
compact; that is, their fractal dimension df = 3. The glass transition may thus represent a class of critical phenomena different from canonical second-order phase transitions for which df < 3. This work has just been published into Science: