Scientifique
Anomalous diffusion and fluctuations of a tracer particle 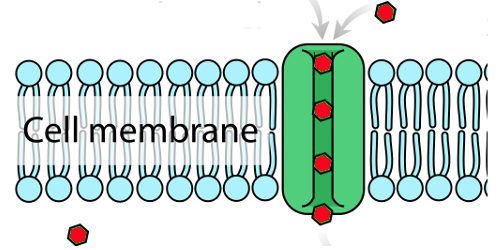 Single-file diffusion is referred to the motion of many interacting particles in one-dimensional channel which are so narrow that the particles can not pass each other, and as a result their sequence is preserved over time. Since its introduction more than 50 years ago, in modelling ion transport through cell membranes, the single-file diffusion has been observed in a wide variety of systems, e.g. diffusion of large molecules in zeolites, carrier migration in super ionic conductors, sliding of proteins along DNA, and many more.The characteristic feature of single-file diffusion is that, the variance of the displacement of a tracer particle at a time much larger than the mean collision time, scales as the square-root of time, compared to the linear dependence in normal diffusion. This sub-diffusive scaling has been demonstrated in a number of experimental realization. Comparatively, theoretical analysis has proved to be a challenging many-body problem, mostly because the motion of the particles is strongly correlated. In a recent work, researchers from IPhT and Boston University present a systematic approach for calculating the statistics of tracer position in a general single-file diffusion. Their analysis is an application of the macroscopic fluctuation theory of G. Jona-Lasinio et al. This theory, which is the best available candidate for a unifying framework to describe systems far from equilibrium, is currently one of the most seminal topic in nonequilibrium statistical physics.