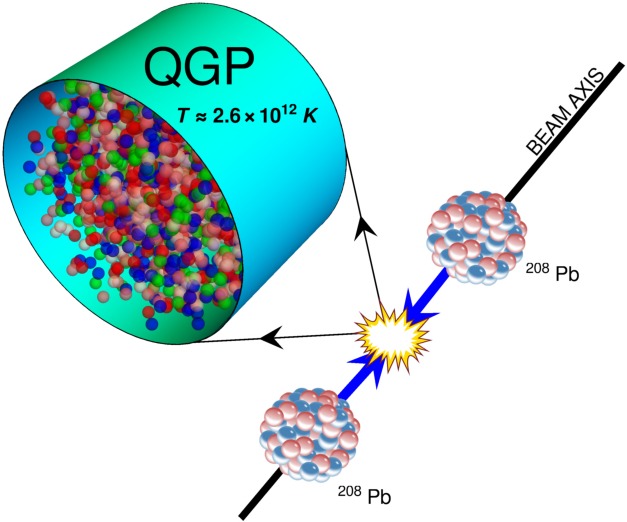 Collisions between heavy atomic nuclei at ultrarelativistic energies are carried out at particle colliders to produce the quark–gluon plasma, a state of matter where quarks and gluons are not confined into hadrons, and colour degrees of freedom are liberated. This state is thought to be produced as a transient phenomenon before it fragments into thousands of particles that reach the particle detectors. Despite two decades of investigations, one of the big open challenges is to obtain an experimental determination of the temperature reached in a heavy-ion collision, and a simultaneous determination of another thermodynamic quantity, such as the entropy density, that would give access to the number of degrees of freedom.

In a Letter published recently in Nature Physics, two physicists from IPhT, Jean-Yves Ollitrault  and Giuliano Giacalone, in collaboration with Fernando Gardim, from Federal University of Alfenas (Brazil), in sabbatical at IPhT, and Matthew Luzum, from the University of São Paulo (Brazil), obtain such a determination. Using experimental data, they show that the matter created in lead–lead collisions at the Large Hadron Collider reaches a temperature of 2.6 trillion degrees, the hottest ever achieved in the laboratory. They determine the corresponding entropy density and the speed of sound, which is half the speed of light in this state of matter. Results inferred from experiment agree with first principles calculations and confirms that a deconfined phase of matter is indeed produced.